Taking on the role of BMFA Achievement Scheme Area Chief Examiner for the North West (Area 06) was always going to be a hard act to follow, especially when you look at the pedigree of those who have gone before me. I had huge respect for the late Tom Anyon who we sadly lost last in 2017.

I was just settling in to this role when I was asked to take over as ASRC Coordinator from Wayne Pendleton.  Here begins a very steep learning curve. I soon realised that the last North West Achievement Scheme event of any kind was 5 years ago at Bickershaw, which I attended on a cold and blustery September day.

A plan of events for  2018 / 2019 was formulated as some agreement already existed for Area funding. Several venues were very kindly offered to us for use but in the end Skelmersdale Model Flying Club ticked all the boxes for a workshop. A hut for catering, toilets, easy motorway access and great flying facilities with a close mown runway. An offer of help running the event from the club members was gratefully accepted too. 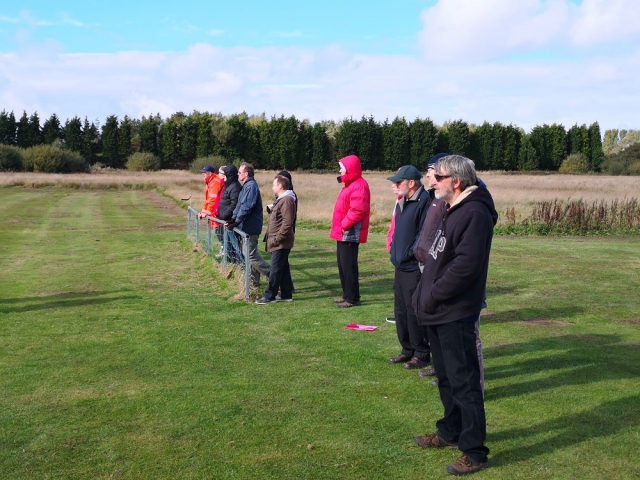 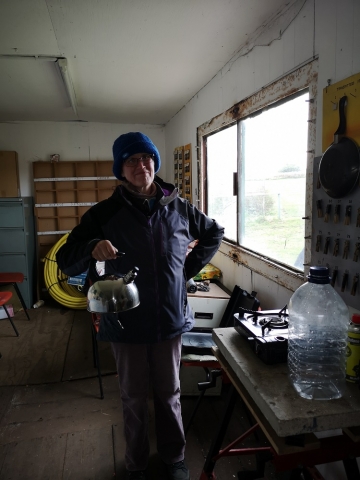 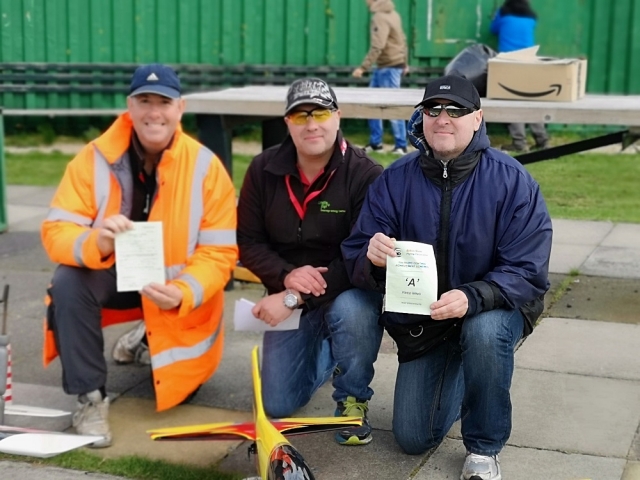 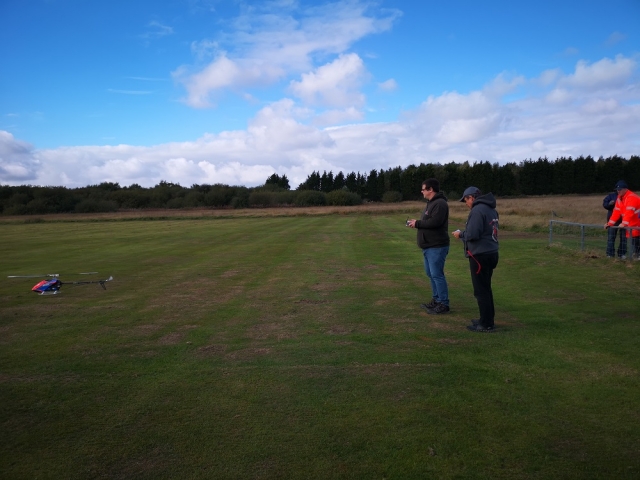 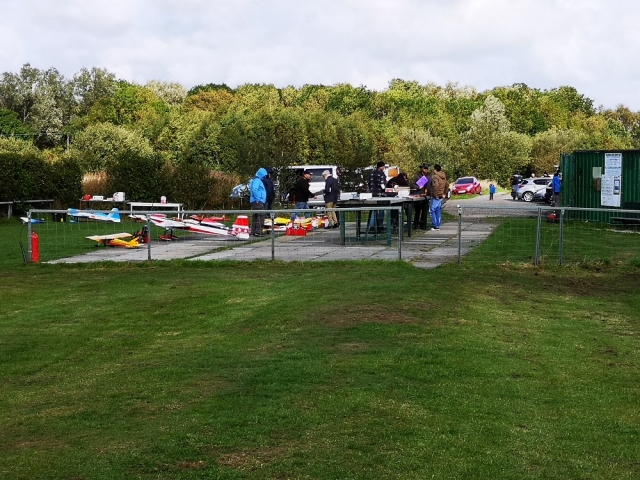 The BMFA Achievement scheme downloads gave me some useful templates and a suggested structure to work around with a comprehensive checklist. A quick email and phone call to the Scheme Controller, Duncan McClure, ensured we were on the right track. Advertising the event is one area where you cannot do too much, Social media, the BMFA, The NW Area website and email / phone calls to club secretaries were all employed.

This approach paid off and on the day 22 delegates assembled on a cold, blustery and at times very turbulent flying site.  The club hut was a sanctuary where hot and cold beverages were on tap all day.  I was first guinea pig  to fly a scored fix wing A Certificate as 42 eyes watched intently. I normally fly turbine models but my chosen steed was a very old and trusty built up 4 channel high wing trainer powered by a 4s set up. Not a brilliant choice given the conditions but highly representative of what is likely to be a candidates selection. Deliberate errors were introduced at pre flight, during flight and post flight parts of the test. To my relief I generally scored badly and many errors were picked by the delegates .. but not all I must say. This immediate post flight analysis proved to be extremely useful and gave everyone a chance to ask questions or express opinions in an informal setting. It was during this de brief that the Area Chief Examiners and ASRC member Andy Ellison were able to clarify many aspects of the Scheme including the rationale behind some of the maneouvres.

A quick coffee and biological break then guinea pig 2,  (ACE) Andy Rigby took to the skies with a large electric biplane  to fly a scored fix wing B test. Again, most of the intentional errors were picked up by the delegates. Input from the delegates was great and any that were missed or perhaps ambiguous in some way were discussed.

Time to get warm and tuck in to lunch. It was during the break that I try and talk to as many folk as possible, this interaction and feedback at the end will set future direction.

Lunch over and the third guinea pig, Examiner Mick Johnston, flew a scored Helicopter A test, this proved somewhat difficult with the conditions. Same format with a debrief and it was clear who had helicopter experience from the delegates. ACE Andy Stanley who had travelled from Cannock helped to describe the errors. It was at this point a broad discussion arose about stabilisation of models, fix wing, helicopter and multi rotor craft culminating in a wider understanding of the Basic Proficiency Certificate. My personal belief is that the BPC is a very worth while achievement which gives those pilots who need a degree of stabilisation on their craft a  goal to aim for. It gives such pilots the opportunity to enjoy the same experience of flight but with improved safety. As was pointed out a Fix Wing examiner may be the 2nd examiner for a helicopter B so some basic knowledge is a must. Here we discussed currency of examiners and the role of club committees in ratifying their examiners.

A round the table debrief followed.

This would have been the end point of the workshop but it was thought good practice to demonstrate a correct Helicopter B test, Fix Wing A and Fix Wing B test. Examiner Mick Johnston flew the Helicopter B schedule, Examiner Lee Smalley flew the Fixed Wing B schedule. ASRC member Andy Ellison flew the Fix Wing A certificate with a 1976 design Crescent Bullet powered by an OS 40. Still a superb model capable of accurate flight in poor conditions unlike many of the current foamie counterparts. PB models sell the kits.

A big thanks to all delegates and the workshop closed with a reminder to fill in the feedback. Three prospective A candidates were keen to have a go at a certificate so we encouraged a check flight first especially with the wind and an unfamiliar site. I stood with them whilst they had a trial flight. Sadly one of the foamie models got caught in a strong rotor downdraught meeting the ground prematurely which signalled game over. The other two were IC models and went on to fly convincing A Test schedules resulting in two passes for Kirby Moss Club.

From the feedback everyone went home with something from the day and I know I certainly did.

Before I sign off I must thank Skelmersdale Club for their hospitality, ACE s Andy Rigby and Andy Stanley, Examiners Mick Johnston and Lee Smalley, ASRC member Andy Ellison and last but by no means least my wife Linda who helped  prepare the buffet and Elaine who slaved away in the hut brewing up for us all.